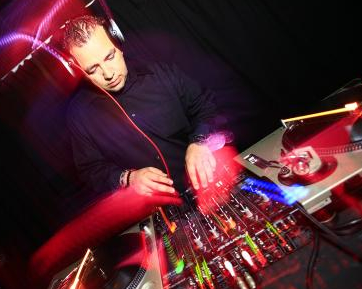 Las Vegas based mixer, DJ CO1, has established himself as a diverse dj both in the night clubs and on-air, mixing for some of the hottest radio stations in the nation and mixing at various clubs and events.

DJ CO1 started his mixing career in Orange County, California in the late 90s. Currently, you can catch him on-air at 98.5 KLUC and Q 100.5 in Las Vegas, NV, also on NOW 96.3 in St. Louis and is featured as the DJ/Mixer for the “Zach Sang Show” nationally syndicated in over 35 markets country wide.

As Mixshow Coordinator at 98.5 KLUC and Q 100.5, DJ CO1 has played an essential role in music selection, maintaining mixshow consistency, participating and hosting station events, and contributing to earn #1 radio ratings. His on-air schedule is filled with a non-stop agenda performing seven days a week on top rated mix shows.

Hector Minjarez, aka DJ CO1 was born and raised in Santa Ana, CA. Hector is an entrepreneur that goes above and beyond to satisfy his clientele and focuses on maintaining solid relationships that allow continuous business growth. Hector attended Santa Ana College and received his Associate Degree in Criminal Justice. He currently volunteers in his community and donates his time to charity events.